Deadlifts are one of the most popular exercises performed these days. You can see deadlift variations being recorded and published on social media websites across the internet. However, one variation of the deadlift that is not often implemented into a workout program is the Romanian deadlift.

Each version of this movement has its own different benefits for muscles being contracted more than others, but in the end all of the same muscles are targeted. It is just how much they get used is the difference. Let’s take a look at Romanian deadlifts to see if this is something that should be in your program.

Do Not Confuse Romanian with Stiff Leg Deadlifts

Separating Romanian deadlifts from sumo and conventional is pretty easy. The big difference is that the weight never goes fully to the ground, which is one reason why stiff legged deadlifts are different from Romanian as well. First, as mentioned Romanian style does not touch the floor. Second, the Romanian style for deadlifting uses a bent knee during the movement while the stiff legged deadlift rquires a locked knee for the most part. There is a slight bend but not one that is exaggerated like an RDL.

However, they do share similarities in the muscles they target. Both target the hamstring muscles quite well, and they also use more hip focus for the movement. The secrete to Romanian deadlifts is that the lower back does not get used as much as possible. The focus is on the hips, lats, and footing to take that pressure off the lumbar region.

What are the Benefits of Performing Romanian Deadlifts?

Think about having to bend down and lift an object that is somewhat heavy and just above the floor. This is something that happens quite often, and parents know this movement best because they continuously have to lean down and lift their children. That’s why the Romanian deadlift is actually good not just for powerlifters and bodybuilders.

Another benefit comes from why this exercise was created in the first place, which is to enhance pulling power in order to deadlift, clean, and snatch heavier loads for in day-to-day activity or competition.

Romanian Deadlifts are a Compound Movement

A compound movement means multiple joints are being utilized to perform the exercise, and multiple joint movements equates to more muscles being used. All together multiple regions of your body are contracted to stabilize and balance your body while moving against the force caused by resistance.

The Romanian deadlift particularly is using hip, knee, and ankle joints to execute the pulling movement. This means a lot of leg muscles are at work along with your lumbar region. Other upper body muscles are used as well, but are mainly secondary muscles instead of primary.

How to Properly Execute the Romanian Deadlift

As noted, this exercise shares similarities with the stiff legged deadlift, but is not performed exactly the same. The primary note to remember is that your knees are always bent during this movement in order to get the benefits it has to give. People often assume every deadlift means you lockout your knees when the pull has been executed. However, that is not the case here so do not lockout your knees during Romanian style deadlifts. You can even place the barbell in the lower “clean” rack holder position because you technically don’t need to touch the floor, so starting from this point is unnecessary. 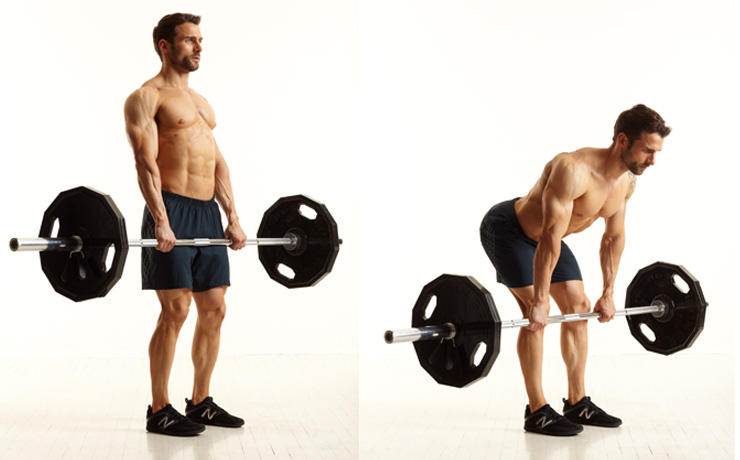 1. Approach the bar and gain a firm grip by placing your hands to the outside of your legs. How you grip the bar is up to you and does not affect the movement.

2. Feet should be shoulder width apart with toes pointed slightly outward. This is going to help you maintain a good balance.

3. Whether you start from the ground or rack, you now get into position by pulling the weight up to your hip level as if preparing to execute a snatch.

4. Lower the bar until just below knee level or until your hamstring has reached its maximum pull threshold.

5. Initiate your hips forward and begin pulling the bar back up as close to your body as possible.

6. Stop with the bar at hip level and knees still bent. Repeat all steps until you have completed all sets.

When it comes to grip there are three primary ones to choose from. They are supinated, pronated, and mixed. Supinated grip is when the palms face towards you like with dumbbell curls. A pronated grip is palms facing away from your body like normal bench presses. Then you have the mixed grip, which are one hand pronated and another hand supinated. These different grips should all be given a try to see what is comfortable for you.

For training you can use wrist straps to prevent slippage and not have to worry about losing grip. However, wrist straps take away from your grip strength, so do not use them often if you plan on competing in the future. Wrist straps are not allowed in powerlifting competitions.

The Romanian Deadlift Truly is Something Different to Try

Most fitness enthusiasts and even athletes have never performed these beneficial exercises. Deadlifts are already amazing compound movements, so performing them the “Romanian” style just changes things up a bit so you start gaining more from your workouts.

Performing the same routines continuously just doesn't cut it over time because your body develops a habit and usually stops getting stronger and bigger. The best day to insert this exercise is either at the beginning of a back workout, or on a full-body training day. 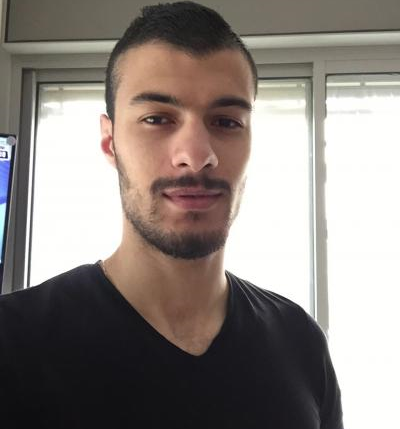 Demmy James is a fitness buff, strength and conditioning specialist and content contributor with Muscle & Strength. He is constantly looking to inspire and motivate others to achieve their own health and fitness goals through his writings.