Who is Frank Zane, you may ask? If you’re a bodybuilder and haven’t heard the name, then you don’t really know your history, do you? He is considered by many to have been the most well-shaped bodybuilder in history, and even today, the man who has once had the appearance of a Greek-God remains in shape while approaching his 70th birthday. With his thicker thighs, bigger chest and smaller waist, one can easily begin to notice that his proportions are not like in any other typical 69-year-old.

The three-time Mr. Olympia is considered the most aesthetic man to ever win the title and one of the select few who has managed to defeat the great Arnold Schwarzenegger in his prime. Frank’s training approach focuses on pumping muscles with blood and a progressive overload, in order to create a proportional and defined physique.

Beating Schwarzenegger, as well as winning the titles of Mr. Universe and Mr. America in 1968, has made Zane famous the world over. Since the late 1970s, it has been hard to find a guy who doesn’t want a body with that kind of proportion. Zane was 50 pounds lighter and 5 inches shorter than Schwarzenegger, but also had a more defined physique. All these facts lead you to believe that Frank Zane is one of few who can give you the right answers on how to achieve a well-sculpt body without the use of any type of performance enhancer.

Zane has a philosophy that appeals more to certain training mentalities than others, which is why it may not be for everyone. Nevertheless, here is what Frank teaches his trainees during his one-on-one sessions.

According to Zane, you must find a way to get in touch with the sensation of performing the exercise. You shouldn’t focus your mind on anything else, because there should be nothing else while performing a weight set. Don’t even focus on your breathing, because it will sync itself with your movement on its own, once you’ve reached the state of being one with the exercise. The process can be considered analogous with meditation.

Performing a weight set is not the only time when you need to be one with your body. What many don’t realize is that sleep is the ultimate catalyst of growth, and that the first hour after you hit the pillow is the most important time of your day - heck, even more important than the hour you’d spent pumping iron. This is what the Zane state of mind is aimed at - progress with a capital P. He calls it the Mind Muscle Meditation Machine, but you and I can simply call it that peculiar state of mind which will help you jump over literal and figurative hurdles, and land you within reach of the finish line, however blurry it may or may not be.

#2 Use a Proper Range of Motion 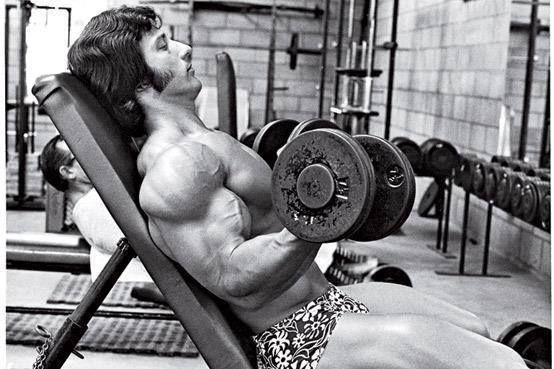 It is physically intuitive to work through a range of motion that will get you the results you want. A bodybuilder should focus on that while performing – to allow oneself to feel that a certain body-part is working.

In order to do that, you should focus on getting all you can out of every single exercise you perform. In most cases, you should be going for a full range of motion. For example, when it comes to flies you should extend your arms fully, but you should also do stretches between every set. This is what allows for maximum growth.

However, this does not apply to every muscle group. If you are focusing on your quads, you don’t need a full range of motion. Quads are built with tension. For example, four sets of about 25 reps per each leg, with the abvementioed limited range of motion (halfway up to locking out) is what you are aiming for.

The quality of your set is undercut by an over-emphasis on the number of reps, according to Zane. If you work to a pre-set number of reps, you’re working to failure. Stop after concluding your weight set with reps you know you can complete in flawless form. Rest for 60-90 seconds and perform the next set.

In other words, don’t set yourself up to fail before you even hit the floor. Having an end goal in mind is perfectly fine, but having nothing in mind but the goal will get you nowhere fast. You need to know how much you can pump perfectly, before you task yourself with hitting new limits.

At the moment when Frank Zane had the most astonishing physique in the history of bodybuilding, he actually wasn’t happy with it. He always wanted more and was never satisfied. This is perhaps just the driving force that got him where he is today.

The lesson you need to take away is not to let yourself feel dissatisfied and aim for the impossible. You should always celebrate your achievements, and have a clear finish line in sight. Once you cross it, however, is the time to start planning for the next one. You don’t become the best by resting on your laurels. You become the best by taking one step more than the other guy.

For Zane, the “other guy” was of course Arnold. And while the Austrian Oak did call Frank a skinny chicken, the two of them patched things up and have even hit the gym together.

Key takeaway: you don’t need to be making enemies on your road to the top. If you turn your competition into your inspiration, the only way you can go is growth.

Pictures are not filtered through the psyche of other people, and thus represent a neutral form of feedback. If there is such a thing as a neutral, non-subjective view, that is. We tend to view ourselves less objectively in the mirror than we do in pictures, thus making ourselves believe the worst, even when others see us in a more favorable light. Everyone needs some kind of external feedback, because not even champions can always have an accurate assessment of themselves.

Being a bodybuilder, Zane believed that definition and proportion trump bulk. Even when he tried to get bigger, he would have needed to sacrifice what he was adamant in achieving, and was ultimately never satisfied with the outcome. In 1972, he went up to 210 pounds, but was far from happy with the image he was looking at. When he won the Mr. Universe that same year, he has 15 pounds leaner, but was still not where he wanted to be.

In order to never stray away from his ideals of fitness, he needed to know what he looked like at all times, which is precisely why he believed in the power of images.

He recommends taking frequent photos of yourself from the same vantage point and in a similar kind of workout apparel if you want to make a more objective judgment of yourself. The catch is to be as objective as you can, without being too flattering or harsh about your physique. According to Zane, it is one of the crucial tools for those striving to grow and improve their physical appearance.

Continuity is how you build your physique. Continuity is a personal attribute, more important than drive, testosterone level and genetics, says Zane. If you want to achieve the best look your genetics allows for, than continuity and discipline are mental skills that you need to master. Eventually, you can outperform anybody with better genes if you are consistent with doing the hard work. Zane also emphasizes his belief that it is not possible to build a better body without a connection between your understanding of the universe and your inner being.

To that end, you need to leave doubt and all the questions and insecurities you may have at the gym door. No matter how old you are, not matter how far you have come, or if you are just starting out on your fitness journey - all you need is a drop of self-motivation to stir the waters.

All you will need to invest is something you have plenty of on your hands already - time. After you have given a chunk of that to get what you want, you will need to arm yourself in proper bodybuilding apparel, and take it another step further. And once you get there, when you live and breathe your workout, when you have suffered through all you body has to throw at you, when you have found that one gym that feels like home (it doesn’t necessarily have to be the most talked about gym in the world, all you really need are a set of dumbbells, an Olympic bar and a proper set of plates) you already have the finish line in sight,

“The more you’re obsessed with something, the better chance you have of achieving it.” Obviously, Frank Zane teaches persistence, patience and mental toughness alongside the best ways of getting ripped. There’s a lot of knowledge for a beginner’s mind to soak in, so study the Frank Zane training program and hit those weights right after you close this window. 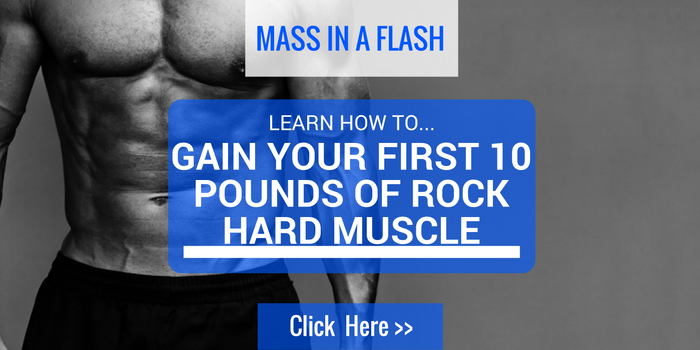 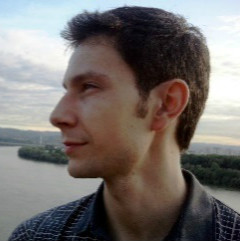 Mathews McGarry is passionate about many forms of strength training, and has spent years lifting, dragging and flipping all manner of heavy objects. After graduating from the Faculty of Health Sciences, he started writing about his experiences, and sharing tips for a better life.