Vascularity is regarded by many as the holy grail of bodybuilding. After all, why shouldn’t it?

A lean physique full of a vast network of veins popping up from under the skin shows the hard work you put in, and can be considered a status symbol.

Sadly, many men don’t ever achieve even modest levels of vascularity, even though they work out just as hard as the next guy in the gym.

It can be as diverse as diet, or genetics. Luckily, there are ways you can improve your vascularity to levels you deem acceptable.

Here are 8 simple ways you can become more vascular (without taking steroids):

1. Make It A Goal To Reduce Body Fat

This should be the first stop on your quest for enhanced vascularity, but surprisingly many lifters skip this. Think about it; blood vessels are not found in the uppermost layer of skin, but are below the layer of fat in the skin.

The more body fat you have, the less likely you are to see any vascularity under the skin. As you approach low double digits (such as 10-15% body fat) and the single digit amounts, veins become much more pronounced and visible.

For most people, a body fat percentage of about 8-12% is optimal, to ensure that muscle loss is not accelerated, but you’re still lean enough to appear vascular and muscular.

The dangers of the sun can sometime be overinflated. Yes, if you spend hours upon hours in the sun every day you do increase your risk of skin cancer, but sunlight has significant effects on health that can be considered a lot more important than the possible risks.

If you live in a country with a low temperate or arctic climate you are at risk of not getting enough sun, making it much more important that you get some sun while it’s there during the summer months.

Getting adequate sun exposure is particularly important if you are trying to increase vascularity, as the skin is able to synthesize nitric oxide from it.

3. Lift Heavy And Train For Muscle

This, like reducing body fat, has basic physiology at its core. However, these are principles that many athletes do not fully understand. As muscles get bigger, their requirements for blood enriched with oxygen and nutrients increases.

Think of this as having a road with just two lanes, while the number of people living in adjacent cities increasing exponentially year over year. Eventually (and sooner than later) major congestion occurs, resulting in long traffic jams and inefficient transport.

Increasing the size of these roads (the vasculature) allows these vehicles to reach their destination in an efficient manner. In the body, this process is known as angiogenesis, and occurs slowly and gradually as muscle growth necessitates constant remodeling of the supporting blood vessels. 4. Keep An Eye On Hydration And Sodium Intake

There are people who are exceptionally lean and muscular, and yet hardly have the vascularity to show for it. Why is this?

Well it could be due to water retention. Sodium has the ability to trap water, especially under the skin, resulting in a bloated, puffy and worst of all a “flat” look.

There is nothing worse than knowing you are lean and yet not being able to pinpoint why you aren’t vascular as you should be. To start with, ensure you are adequately hydrated.

If your body senses that you’re dehydrated, it will do its best to hold onto what little water you do have in your body, for fear of what might be yet to come.

On a similar note, sodium will lead to increased water retention, as it can influence blood volume and even adversely affect blood pressure in severe cases.

Achieving roadmap vascularity doesn’t come about by chance. Rather, you need to make a concerted effort on all fronts; especially dietary, to bring about change.

While modifying your diet to build muscle or lose body fat is a necessary prerequisite, this aspect relates to consuming foods that are facilitative of increasing muscular vascularity itself.

Many such foods work to enhance nitric oxide production and improve blood vessel health, allowing for a greater vasodilation of them.

Watermelon - rich in the amino acid citrulline, which converts into arginine and then subsequently to nitric oxide.

Dark Chocolate - dark chocolate (or cacao powder with a high epicatechin content) is an excellent vasodilator and nitric oxide promoter as it turns out, being able to even repair microvascular damage that occurs to blood vessels. Dark chocolate can also help to reduce the effects of excessive cortisol on the body, which can impair vascularity. 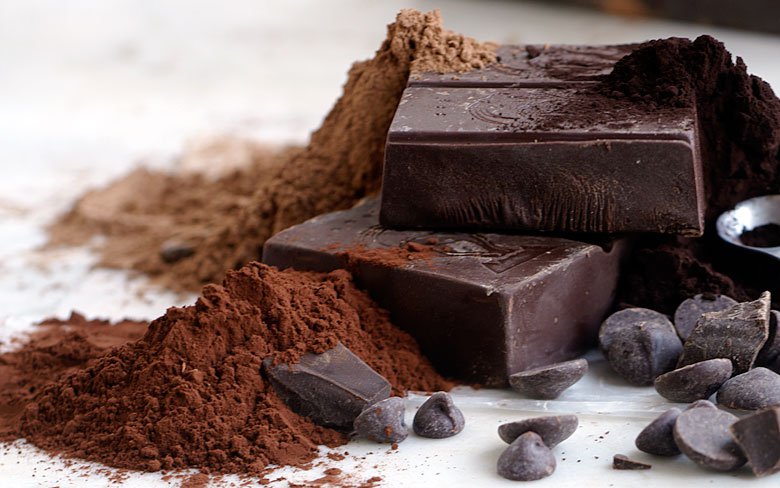 6. Supplement With L-Arginine Or L- Citrulline

When it comes to increasing your nitric oxide levels (which is one of the most important ways to improve vascularity) the amino acid L-Arginine is still one of the most popular way to do so.

L-Arginine is converted into nitric oxide in the body, via the action of an enzyme known as eNOS (endothelial nitric oxide synthase).

This is why many pre-workout supplements contain L-Arginine as one of their primary ingredients, helping to make workouts more intense and productive. L-citrulline is another interesting amino acid which is converted into arginine in blood vessels, and get this – it’s actually superior to arginine itself!

By some strange twist of fate, L-Citrulline consumption results in increased L-arginine levels greater than supplementing with the pure L-arginine, as it can bypass mechanisms that would normally break down arginine and impair nitric oxide synthesis.

It is no surprise that more and more supplement manufacturers are now opting for citrulline as opposed to only arginine, the amino acid that started the vascularity revolution in the first place.

While training for hypertrophy, many guys discount the utility of cardio, but it really should be a mainstay in your training regimen, regardless of your goals.

For one, doing more cardiovascular exercise results in a greater net caloric deficit, lending itself to reducing body fat. But that’s not all it does - not by a long shot.

What is particularly interesting is the ability of cardiovascular exercise to increase the number of microvascular structures (better known as capillaries) that lead to muscles, as well as promoting the growth of new capillary networks and vascular remodeling to meet the needs of muscle tissue.

This is integral to ensuring that muscles are properly oxygenated during exercise, and that important macros are supplied to maintain energy production.

When it comes to increasing vascularity, inorganic dietary nitrates usually fall to the bottom rung of the ladder. Why? It’s simply because some people just don’t know about them.

After all, if you knew that foods rich in these inorganic nitrates are excellent options to increase nitric oxide synthesis in the body, wouldn’t you want to consume more of them? That’s what we thought.

Among dietary nitrates, two sources stand tall above all the rest; beet roots and pomegranates. Though you are unlikely to meet your required quota from consumption of these foods as-is, luckily, they are easily available in juice or standardized powdered forms.

Consumption of these inorganic dietary nitrates not only improve vasodilation and induces a greater level of vascularity, but they also translate to improved endurance and lactic acid buffering over time.

Plus, they can help you manage your blood pressure, if this is something that you struggle with.

Keep your goals realistic - you won’t see pipelines popping everywhere if you’ve just started training. To build an impressive vascular network requires years of diligent dieting and hard work to display the fruits of your labor.

Follow the steps outlined above, and in due time you will be able to display your impressive vascularity.